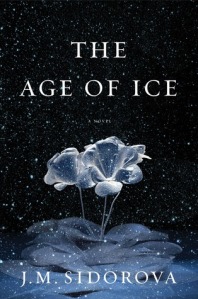 Blurb: An epic debut novel about a lovelorn eighteenth-century Russian noble, cursed with longevity and an immunity to cold, whose quest for the truth behind his condition spans two thrilling centuries and a stunning array of historical events.

In 1740, the Russian empress issues a cruel and unusual order: two court jesters (one of them actually an out-of-favor nobleman) are locked into a palace made of ice, where they are wed and left to consummate their marriage. Out of this union come twins: the princes Andrei and Alexander Velitsyn.

Andrei lives a relatively normal, if short, life, but Alexander’s life is long and remarkable. He explores the Siberian wilderness in search of the Northeast Passage; he fights—so many fights, from the Cossack rebellion to the Napoleonic Wars; he is caught up in the Great Game and both World Wars; he mingles with artists and writers as varied as Mary Shelley and Anna Akhmatova. He makes and loses fortunes. He loves, in his way, yet throughout the novel he holds himself aloof and distant from those around him because he has a secret: he is impervious to cold. More than that, he is cold. Strong emotion—and physical arousal—manifest as the chilling of his body: snow and ice will not melt in his hands.

Alexander is a character who doesn’t really arouse sympathy so much as fascination. His is not a straightforward journey. He’s driven by a need to discover why he is what he is, and if there is another like him. The physical distance that is forced upon Alexander by his unique physiology is mirrored in the way he’s presented: there is a distance to the first-person narration, and Alexander, while longing to be connected to someone either physically or emotionally, is unable to articulate that need or his reasons for avoiding such connections. But while the chilling effect of feeling distant from the main character can sometimes take away from a novel, in this case it adds depth to it. It allows the reader some insight into Alexander: he’s not just living under a thin coating of ice, he spends much of the book encased in ice armor.

This is not a book where events happen quickly. It is a sprawling epic, and some knowledge of Russian history and/or literature is extremely helpful to provide signposts along the way (the timeline of events at the back of the book is also quite useful for keeping track). The writing is excellent, in particular the descriptions of the cold and the ice; the book is like a Russian winter, slow to start but intense and lingering. It is the slow burn of ice, that bone-deep chill. Although I’ve seen this described as a fantasy novel, I didn’t really see it that way. It’s definitely historical fiction, but I would call this magical realism: richly layered, and while the settings feel real and authentic, Alexander’s long life, and his affliction, are clearly not of this world. Sidorova is an author to watch.